Hello Traders, this is Daniel from CPT. We had the past week a very busy time with lots of data released from around the world giving us a better view of how the economies behave so far, but among all of them, the FED meeting was the most awaited event. Even though it was a highly anticipated event the result was as expected as it ended with a rise of the interest rate by 75 bps to 4.00%. I say as expected because they have no choice and keep on raising rates to combat high inflation and I am quoting Mohammed El Erian who also said that the focus right now for the FED should be three things: How high, how fast and for how long, reminding us that the markets are worried about the how fast part. He mentions also that we have right now a trilemma in the US where there is an issue around growth, inflation, and financial stability. Financial stability will be a decisive part in lowering rates or slowing down, making inflation harder to fight, but is seen as a normal reaction in order to protect the economy against financial instability. We have already seen this kind of step taken already by the BOE in the UK and also other CBs around the world changing the tone from aggressively raising rates to slowing down like RBA in Australia.

As stated by the FED, inflation is still rampant, and more work needs to be done. The final rate, previously thought around 4% to be enough, will be raised higher to probably around 5%. I personally was expecting political pressure on the FED to do something unexpected and boost the markets, by doing something very unexpected and therefore shocking everyone for a short term with a probable lower rate or change of tone, before the mid-term elections. It seems that in a way maybe they also wanted to show that they are not influenced by politics and show off as being independent in their actions.

After all, looking back to history we can see that the FED was never right when acting by fighting inflation and raising rates or fighting deflation by lowering them. They were always late or had overdone it, affecting the markets, and thus creating big-time problems, almost always. The fact is that some analysts and traders think that the FED is relying on lagging data, and thus reacting very late.

Looking at the day of the announcement I can see that some assets have reacted to the rate hike more than others. Assets that have reacted to it were the US Dollar Index, gaining ground, a move reflected in the FX markets where the USD got stronger, so all pairs related to it reacted. As usual, the AUD and JPY are the most sensible ones. I have not seen any big reaction from the Energy markets with Oil, Brent and Gas not showing any signs of being impressed by the hike. The US Indices have reacted to the rate hike news and others around the world as well, with the Nikkei225 being hit the hardest. Another asset class reacting to the rate hike was the precious metals with Gold and Silver, among others, dropping.

I expect the FED to keep on raising rates until we get some problems (financial instability) and then they must lower them for a while before resuming raising them again. If you look at the 70s when inflation was rampant, the FED did the same thing. They raised rates very aggressively, lowered them and then raised them again until the CPI numbers started to drop. Obviously, during the 70s the economy was in a different shape; the US didn’t have so much debt and raising the rates did start from almost 0%. As Milton Friedman puts it: Inflation is being created by no other means than the printing of money. You can check for yourself on how the FED and US government acted before the 70s inflation and how it created the whole mess, later blaming it, like always, on greedy businessmen or other reasons.  History doesn’t repeat itself, but it rhymes. 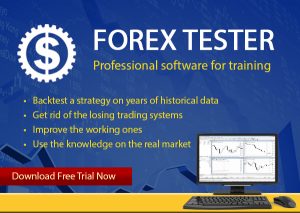 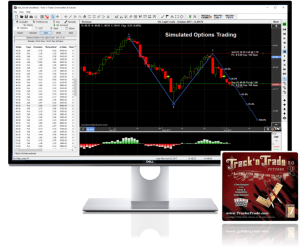